Benefits of Aloe Vera Gel – the plant is native to North Africa.Today, its extract is used in many countries. Below are the most common ways to use and described the benefits of aloe vera.

Most often, a plant extracts used in the development of innovative cosmetic formulas for skin antiaging programs.

Benefits of aloe vera gel in cosmetic purposes is that this plant contains large amounts of vitamins E and C as well as antioxidants that protect the skin from premature aging. It is, therefore, advisable to use this plant in wrinkles, as well as to reduce the appearance of bags under the eyes. Aloe vera not only helps protect the skin from premature aging but also moisten it. For large amounts of aloe vera is sufficient to combine it with virgin coconut oil. 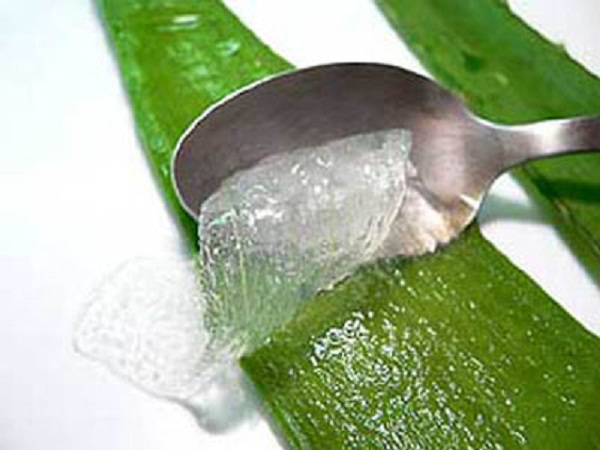 Greater use of aloe vera is in the treatment of various skin diseases. Any irritation, acne, eczema, accompanied by inflammation, and may, as shown by laboratory tests to be processed aloe vera as a means reducing inflammation. Aloe vera is also a natural antiseptic. In addition, aloe Vera is a very effective remedy for sunburn. You need only 2-3 times a day to wipe juice plants affected areas of the skin to complete wound healing. Aloe also can be used as natural UVB-filter for safe tanning, regenerating skin cells and thereby preventing their photo aging.

Good use shaving gels and aftershave with aloe extract, smooths and softens the skin, preventing irritation and burning sensation, rendering it flawlessly beautiful and healthy.

Medical Use of Aloe Vera

Aloe vera is recommended to use for medicinal purposes. In addition to vitamins C and E, the plant contains B vitamins, niacin, and folic acid. These elements give the aloe vera many medicinal properties. These nutrients allow to strengthen the immune system , help the body fight infections of various kinds. Studies have shown that aloe vera helps with excellent treatment of colds, bronchitis, flu and other respiratory tract infections.

Benefits of aloe vera gel are and for people suffering from arthritis. Because arthritis accompanied by an inflammatory condition, use plant extract helps reduce inflammation , improve the mobility of the muscles and joints.

Aloe vera suitable for people suffering from constipation. A plant can improve digestion and naturally cleanse the colon. In addition, aloe vera is effective for those who suffer from diabetes. Studies have shown that it does reduce the blood sugar level.

How is Aloe Vera Useful for Smoking and Cancer?

The main value of plants – help in getting rid of smoking. In defense of the lung and digestive tract for many smokers is the main benefits of aloe vera gel.

In addition to outdoor use, aloe can be used as a natural dietary supplement. It would not be a cure, but an ordinary meal.

Extensive research conducted in Japan in 1982-1987 m. in Okinawa, confirmed the relationship between lung cancer and smoking. When studies have found that smokers, patients taking aloe vera for all or a specified period of time, very rarely had lung disease.Thus, it was confirmed by the ability of the aloe prevent cancer in humans at various stages.

637 people over age 30, have a long history of smoking and participating in research have used aloe vera. The results showed that they were susceptible to lung cancer. Even if some of them and there were some problems with the light, it was a relatively smaller problem than those who never took aloe vera. 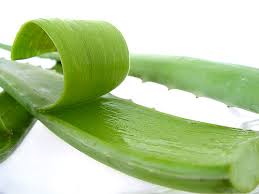 In addition, it was found that smokers often suffer from diseases of the digestive tract.Quitting smoking will not solve their problem because the stomach is very sensitive to various influences. Only long-term use of aloe juice and pulp is able to organize the work of the gastrointestinal tract, tighten formed ulcers in the stomach and regenerate tissue. Also proved that smoking affects the quality of the skin and accelerates the process of aging.

Absorbent C is considered a powerful antioxidant. Promoting the formation of collagen, which is vital to maintaining healthy connective tissues, it is part of the body’s defense system against the harmful effects of free radicals, the so-called additive for skin.

Two powerful antioxidants – garlic and thyme, combined with aloe able to effectively influence the body and maintain good health. When cutting or crushing the garlic and mix it with the juice of aloe vera, enzymes react and form a powerful agent. Studies have shown that common components of aloe and garlic help convert fats to energy and protect the body from free radicals.
Thyme contains antioxidants such as thymol, tannins, phenols, as well as magnesium, calcium, potassium, vitamin C and vitamin B. Its use together with Aloe Vera has a beneficial effect on the human body, reduces the craving for smoking, increases the resistance of the immune system.

How to Clean White Converse (EASY HOW TO GUIDE)