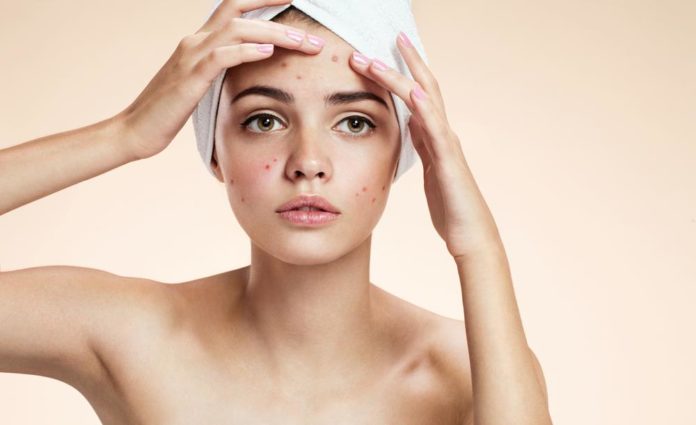 Blackheads are the reason of surplus sebum oil that is made by sebaceous glands. Whether a pore is going to be open or closed shall ultimately determine if you are going to have a white head or blackheads. When the pore is open and exposed to the air, it can oxidize because of the oxygen that is present in the air, which eventually changes into black thus the name blackheads. There is a misconception about blackheads that they are caused by dirt which is completely incorrect. Those that believe in this delusion shall thoroughly scrub their faces, whenever blackheads appear but this is just the right recipe for the dying up of your skin. When the skin has dried up, more oil has to be made to replace what you thoroughly scrubbed off; this can eventually become a cruel cycle on the health of your skin. The good news is that below are tested, proven and effective home remedies for blackheads. Following are six best home remedies for fighting against blackheads.

Bentonite clay has mineral rich properties, that helps to heal various kinds of skin disease. Because of the unique properties found in its molecules especially when it is wet then it able to suck out oils and additional impurities that are trapped inside your pores. At the same time as it sucks out the oils and the impurities, it is also able to do the same for the blackheads. Bentonite helps blood circulation which is a significant component of the overall health of your skin. Either apple cider vinegar or water can be combined with the clay and most preferably with water for those that have skin that is both sensitive and dry. There shall be a feeling of tightening on your face as the mixture dries up on your skin. Depending on your choice you can either allow it to dry completely then moisturize afterward or moisturize it before it dries up. However for some people, clay causes itching on their skin while at the same time bringing about dryness upon the same skin.

Form a paste by mixing water or apple cider vinegar; it should be thick but at the same time applicable. A thick layer should be applied on your face using the tips of your fingers that should be clean. Allow the paste to rest for between 10 and 15 minutes on the face. The period is determined by your preference whether you want it to dry completely or not. Moisturizing should be done after you have done the rinsing with water that is neither hot nor cold.

There are many advantages of using egg white mask that have the ability to remove blackheads and also the constricting of the pores momentarily to drastically reduce the future possibility of the blackheads appearing again. The nutrients that are found in the egg white offer significant benefits to the health of your skin. Amongst all the available home remedies for blackheads, the egg whites have a less drying effect on the skin.

The egg yolk and the egg white should be separated first. Proceed to rinse your face and then dry it with your clean towel before spreading a thin layer of egg white over your skin. Two different can use to apply the mask on your face. This is one of the famous from the list of home remedies for blackheads.

Either use the toilet paper or the facial tissue and put over the wet egg white and tenderly pressed over your face. Put on a second layer of the egg white over the tissue (put your fingers in the egg white and using a quick light tapping action put it on so that it does not slide away. This should be only done after the first layer has dried. A third layer is optional, but when you choose to put it on then, you should let the second one dry) When the mask has dried there is a tight feeling on your face but note that there is nothing wrong about it. Gently wash your face to clean off any remains, the washing should only be done after the tissue has been peeled off.

The properties that are found in both milk and honey are suitable for the proper health of your skin. The acid that is found in milk that is known as lactic can soften the skin whereas on the other hand honey has antibacterial properties that are useful to the skin. However when they are combined, they work as bonding agents.

Mix one teaspoon of milk and one tablespoon of raw organic honey. From 5 to, 10 seconds heat the mixture then exhaustively combine them again so that they merge correctly. After it has cooled down to a reasonable temperature, spread a thin layer upon the blackheads; proceed after that to tenderly but firmly put a dry clean strip of cotton upon it. The strip should then be removed by peeling it off after allowing it to dry for a minimum time of 20 minutes for the best results.  Moisturize as is usually done but only after you have rinsed with cold water.

Sweating is amongst the simplest home remedies for blackheads overnight removal. When you sweat a lot, the sweating can unblock any blocked pores. However, it is important to mention that, after sweating care should be taken to wash your face before and after sweating, because there can be adverse effects if that is not done. When you sweat with your makeup on or having something else on your face, after sweat has dried up plus the makeup and anything else that was on your face all clogs your pores. It is ironical that sweating can have both positive and adverse effects on the pores by either by blocking or unblocking them thus the need to use the method of sweating properly.

Wash your face with fresh water to remove any makeup or anything else that may be on your face. Proceed to do some exercises that are not strenuous. Wash your face again with clean water and wipe with a dry clean fluffy towel. Complete the process by moisturizing.

It may seem like this is a recipe for your favorite dessert, but the truth is that a combination of honey and cinnamon is an effective remedy for dealing with blackheads. Certain properties in honey enable it to resist off bacteria while at the same acting as a bonding agent that sucks out everything that blocks your pores. Proper blood flow and circulation is a vital component of healthy skin and cinnamon has properties to make it an effective remedy against blackheads.

Apply the mixture of honey and cinnamon in a quantity that is enough to be used in the affected area. Compress a piece of clean cloth over the blackheads after spreading some thin layer of the paste upon the blackheads. Allow a resting period of between 3 to 5 minutes before rinsing off the paste from your face. Moisturize your face at the end.

This is one of the most exclusive of all home remedies for blackheads; because all the other methods effective but are bound to leave the skin dry. The daily water blackheads solution is certainly a healthy alternative for your skin. A gently rinsing off your face with water is also an effective way of thwarting the development of blackheads on your face. This can be done once or twice a day. This procedure when carried out correctly deals with everything that enlarges your pores such as surplus fat and dead skin by flushing them away thus leaving your pores open. When the skin is excessively dry, the skin produces excess fat (sebum) to deal with the dryness. Thus, the need to you uses a moisturizer even after using the daily water blackhead remedy.

How To Do IT

Use fresh, clean water to rinse your face. Dry your face by wiping it with the soft towel and then proceed to moisturize your face as is usually done. It is recommended that this should be done in the afternoon and evening so as to be able to everything that has accumulated on the skin during the morning and in the evening. 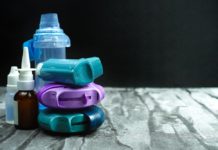 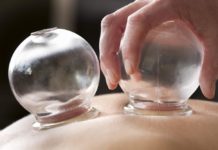 What is Cupping Therapy? Different Types and Benefits 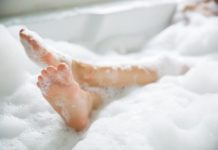